Difference between revisions of "Third Imperium" 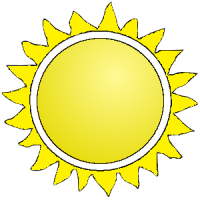 The Third Imperium (alternately just "The Imperium") is a loose federation, and as of 1105 it is by far the largest organized polity in Charted Space. While dominated by humaniti (in particular, by humans of Solomani and Vilani descent), it includes several non-human races. It has trappings of nobility, mainly to have some designated person in charge when crises happen, because - due to communication lags similar to those seen on Terra in the Age of Sail - it takes weeks, months, or even years (depending on origin and destination, and the amount of deliberation required) for messages to traverse the Imperium and get acted upon.

The Imperium itself rules the space between the stars (and, where there is not a solar-system-wide government, between the planets). It also has jurisdiction over the primary starports, which act as Imperial embassies in addition to their port functions. There are minimal laws, mostly protecting trade, including banning possession of weapons of mass destruction, slavery, and murder of Imperial citizens. The rest is left to the local planet's or local system's laws.

For instance, Duke Norris is the Imperial representative on Regina. He is not the personal ruler of Regina itself (see Regina (world) for how the planetary government works), though he has influence just like anyone with control over vast wealth and infrastructure would have.

The Imperium is the focal point of history within Charted Space. As it rises and falls, so does interstellar civilization... for better or worse.

Significant populations of the following sophont races reside within this sector:

Significant populations of the following sophont races reside within this polity:

These are some of the more important historical events that have affected this polity:

This list of sources was used by the Traveller Wiki Editorial Team and individual contributors to compose this article. Copyrighted material is used under license from Far Future Enterprises or by permission of the author. The page history lists all of the contributions.
Retrieved from "http://wiki.travellerrpg.com/index.php?title=Third_Imperium&oldid=625559"
Categories: