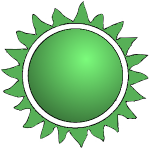 Argu is a plant with many uses within Vilani society.

Despite the gastrointestinal problems it creates, raw argu does appear to offer some health benefits and protections to those who take it on a long term basis, particularly with regard to neurological disorders. [1]

Vilani argu is poisonous if not prepared properly and Shugilii hoard recipes for processing raw argu, it being part of initiation ceremonies or rituals, to enter the sacred ranks. Shugilii often take spirit trips to visit the ancestors using the pyschotropic effects of argu.

There are related "spice" analogues on other worlds within Charted Space. It is a wildly popular spice used for alimentary and entertainment purposes, despite protestation of the Shugilii that it is their exclusive herb. Argu and related analogues can be found throughout Charted Space. [2]

The Travellers' Aid Society (TAS) classifies Argu as mildly threatening to most sophonts and makes no special advisory regarding this organism other than to ensure it is processed properly before consumption.

This organism is primarily found in the following areas:
Charted Space:

The following systems and worlds are strongly associated with this organism:

This list of sources was used by the Traveller Wiki Editorial Team and individual contributors to compose this article. Copyrighted material is used under license from Far Future Enterprises or by permission of the author. The page history lists all of the contributions.
Retrieved from "http://wiki.travellerrpg.com/index.php?title=Argu&oldid=622630"
Categories: