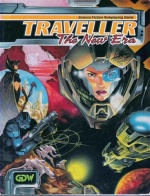 </translate> This template selects the initial section of an article (parameter 1) to include as the featured article for the (new) Main page.

By changing the parameter you can select the first 750 characters of an article to include, with an arrow note to the rest of the article.