Haddox Subsector is a lightly populated region with a number of settled worlds. Some of the more remote worlds within the region have never had an intelligent being visit them.

The following astrographic and commercial data has been determined regarding Haddox Subsector:

A basic map showing the distribution and size of stars within Haddox Subsector. 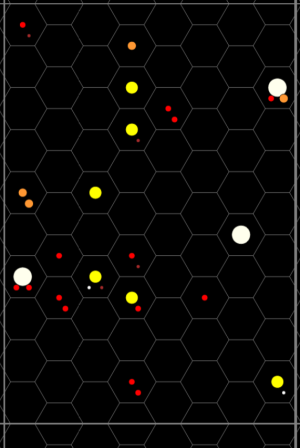 One large rift area lies within the subsector: the Xurun Rift. 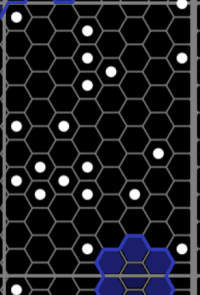 Comprehensive Second Survey data for all worlds lying within Haddox Subsector is available.

Haddox Subsector is a remote, undeveloped backwater, though it does experience a relatively large amount of activity compared to many the other subsectors of Astron Sector.

Occasionally, the following groups may be encountered:

This list of sources was used by the Traveller Wiki Editorial Team and individual contributors to compose this article. Copyrighted material is used under license from Far Future Enterprises or by permission of the author. The page history lists all of the contributions.
Retrieved from "http://wiki.travellerrpg.com/index.php?title=Haddox_Subsector&oldid=687627"
Categories: